E-sports has been going through an impressive growth period last year. What is e-sport? Why is it so popular? Who is playing it? In this article I will address these questions so that after you finish reading this, at least you know what all the fuzz is. Gaming wise that is.

E-sports are professional competitions between human players (gamers) which are played on computer systems. Just like traditional sports, there are various different sports in which a gamer can master itself ranging from sports games like FIFA or PES; first person shooters like Counter-Strike Global Offensive ("CS:GO") or Call of Duty; and Multiplayer Online Battle  Arena's like Dota 2 and League of Legends ("LoL").

Gamers take up each other individually or as a team depending on the game or even on a specific game mode within a team. CS:GO is played 5 versus 5, while FIFA is mostly played in 1 versus 1 scenario.

The first gaming competition was held in at 19 October 1972 at Stanford University. At this competition players tried to beat each other in a game of Spacewar. It was just a small scale tournament and the winner took home a one year subscription to Rolling Stone Magazine. The first major competition was held by Atari. The 1980 National Space Invaders Championship was one of the earliest and most influential national video game tournament. The tournament drew over 10,000 contestants. From then gaming competitions grew in popularity, only to be exponentially increased by the introduction of the internet. This made it possible to host online tournaments where people from all over the globe could enter.

WHY IS IT SO POPULAR?

Well the fact that a lot of people like to play video games in general contributes to the popularity. And just like with real sports like football, people want to be the best they can be or watch the best people play for entertainment or to pick up tips and tricks by watching. Compare it with that cute little boy who does the famous Cristiano Ronaldo celebration when he scores in the junior Saturday league. It can be hard to imagine, but gamers are copying famous plays in games as well. If a professional teams conducts a new strategy on a major tournament, you can bet that this strategy will be adopted by the normal player base.

Furthermore, e-sport events are accompanied by big prize pools. The Netherlands-based Liquid team won the annual Dota 2 tournament The International 2017, earning more than 9 million euros in prize money. The 5 players and their manager/coach became millionaires. As far as they were not already. The total prize money of the tournament was $ 24.8 million. This also attracts a lot of attention. Most gamers sometimes dream of reaching the finals of such a tournament.

IS IT EASY TO WATCH?

As broadband internet is widely available in most parts of the world so is the access to e-sport events. All events are streamed live on the internet and the major events even include live casting of various commentators. The website Twitch.tv provide game related streams 24/7 and this does not limit itself to competitions. It provides a platform on which any gamer can stream his or her gameplay. So basically other people watch you play any game you like. The more professional streamers often include webcam footage to engage with their audience and provide interactive streams.

With ad-revenue, sponsorship deals and an option for gamers to get donations from their viewers it can become quite lucrative to stream if you can gather an audience/fan base. Some of the most popular streamers on Twitch aren't e-sporting professionals but just stream for fun and by providing entertaining streams created a big daily audience. YouTube recently started a gaming specific channels called YouTube Gaming, but the normal YouTube platform also contains a wide variety of gaming content and people making and monetising game-related video content.

WHO IS PLAYING IT?

Well that's the beauty of it. Everyone can play videogames and can compete in competitions. Again, just like in regular sports you start by choosing a game you like and then step by step become better at it. Compete against other players and win as much as you can in online games.

However, only the best of the best make it to a professional level. As a professional gamer you have to train hard. For example, you have to hand in incredibly many hours and days to become a professional gamer. Just like in, you guessed it, real sports. To make the comparison even more striking, professional football clubs have picked up players for their FIFA squads. These players represent for example AFC Ajax in the official national FIFA league called E-divisie. Only just recently Ajax acquired a gamer and set him out on loan to another club. Talking about blurring boundaries….

IS IT ALSO INTERESTING FOR PEOPLE BESIDES GAMERS?

As mentioned the e-sport scene is growing rapidly and more and more people watch the competition around the world. A huge part of the audience consists of the so-called millennials. These youngster are very hard to reach via traditional media outlets and therefore this is an outstanding way to reach them. Furthermore the e-sports fans are buying merchandise just like, and yes I am starting to repeat myself, regular sport fans. Instead of buying the shoes Sergio Ramos wears, they buy the peripherals that their favourite gamer uses.

This earns a lot of money in the e-sports industry and it is not for nothing that many big brands are profiling in this market. Big computer related brands like ASUS, Intel and MSI are already sponsoring the big e-sport competitions and e-sport teams, just like Nike and Adidas. The Amsterdam research firm Newzoo investigated that total revenues in the global e-sports industry will rise to 1.4 billion euros in the next three years!

SO WHY IS INTERESTING FROM A LEGAL PERSPECTIVE, YOU ARE A LAWYER AFTER ALL?

Numerous sponsorship, merchandising and other agreements are being concluded worldwide. With all the interesting legal aspects of it. Whether I advise a company on the possibilities of sponsoring a major event or a team or a specific player on getting on the payroll within an organisation, it involves "normal" legal expertise combined with a specific knowledge of the gaming and e-sport market.

Constantly this market evolves and events get bigger and bigger. Who would have thought that by playing videogames you can earn a very decent amount of income and accumulate international fame? E-sports is a very interesting subject and will continue to be for upcoming years.

The Van Doorne Intellectual Property and Media team is known for its practical and hands-on advice, which flows from extensive knowledge of the business and long standing relationships with reputable companies. The team is thorough, persuasive, and creative.
Read more » 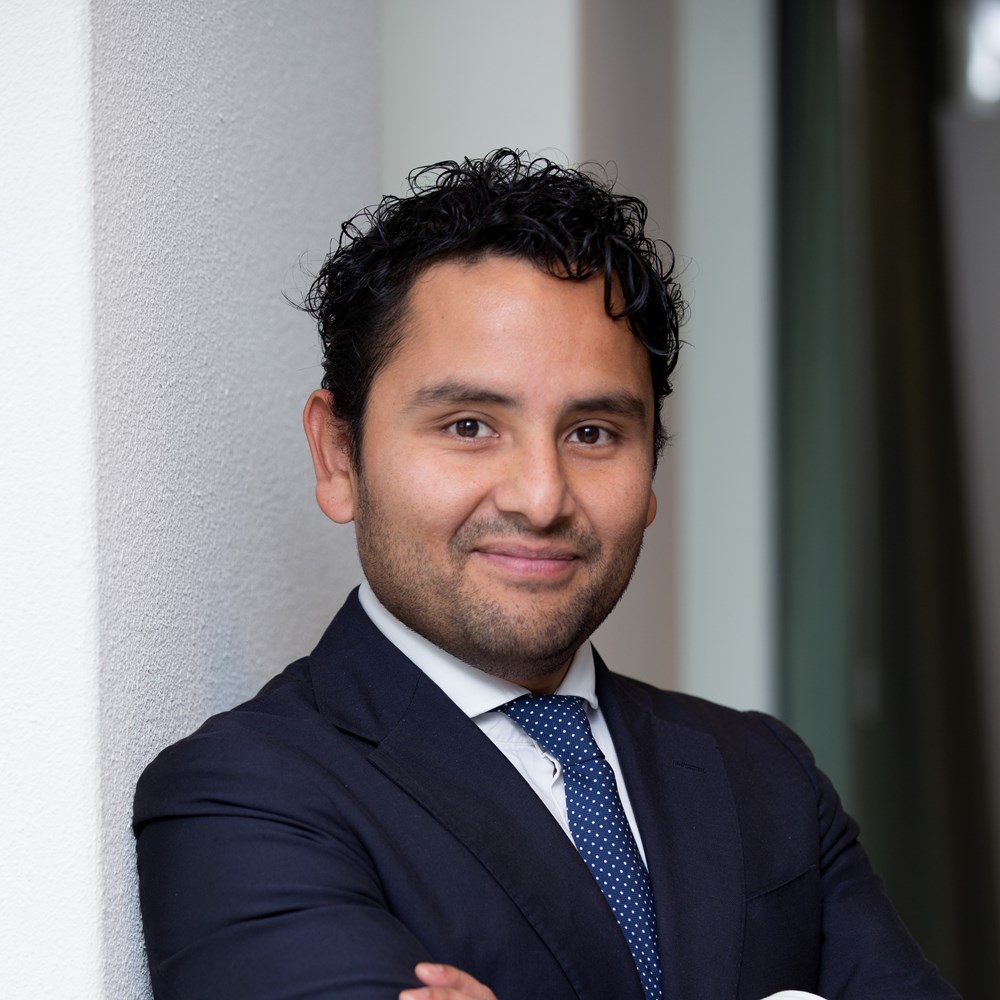 Chris is member of the Information Technology team. Chris advises and litigates on IT and licensing contracts, outsourcing projects and Intellectual Property law. In addition he concerns himself with the drafting and review of commercial contracts, terms and conditions and privacy issues. Chris is a member of the Van Doorne Cyber Response Team.